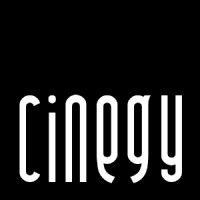 In a world where SDI is dead, anyone working with high-quality video / audio / metadata streams in volume requires tools that can enhance, diagnose, describe and augment modern streaming formats and the Cinegy Transport Stream Toolkit can meet these needs with various components and libraries that can be deployed on-premise as well as in the cloud.

Using the core of our open-source Transport Stream analysis code, we offer a cross-platform TS probe that can be deployed anywhere and report back using OpenTelemetry protocols into most popular time-slice database systems. Create dashboards showing stream behaviours over time, and correlate problems to hardware health. Use AI monitoring to enable predictive failure alarms, so you can correct problems before they happen.

Problems happen, and it’s best to be ready for them ahead of time – and the best way to be ready is practice. Cinegy StreamGoo is a tool designed to cause problems, helping you hope for the best while planning for the worst. Use this tool anywhere within your broadcast chain to introduce deliberate errors into your streaming infrastructure, and then rely on the build-in OpenTelemetry feedback to verify that what you made happen was detected and handled as you would expect. Cause problems from single-bit errors, adding jitter, corrupting headers through to reversing or dropping packets entirely – but on your terms. Record the exact corruption generated to permit problem replay or later post-mortem. Stop errors and go into a passive pass-thru mode to verify that everything recovers again when the storm passes… then start causing chaos all over again!

Use our simple but effective smart tools to dump network streams to chunked TS file and replay them back to the network. Perfect for troubleshooting problems and catching data to dissect offline with TSAnalyzer.

All these tools need to run wherever your streams are – which means we’ve built them to work as classical Windows EXE files, as Linux binaries or even as one-shot Linux-based containers to run within a Swarm or Pod. Automate deployment of probes, providing report-back arguments for streaming metrics and telemetry at concentration points. Leverage encryption and error-recovery for transmission over lossy networks and the public internet with the trusted SRT protocol – acting like an armoured virtual SDI cable for the cloud. Understand how such troublesome networks are acting, and stream telemetry into dashboards detailing deep metrics for each individual SRT communication pair – critical for understanding exactly how much error correction time is needed on a circuit, or working out when might be a good time to switch to a backup ahead of failure.