Cinegy Takes you Shopping all Day, Every Day, with HSE24

Home Shopping Europe 24 lets people go shopping from the comfort of their home. Since October 1995, HSE24, wholly owned by the US company Home Shopping Network, has been on a growth path. Meanwhile, approximately 38.3 million households in Germany, Austria and Switzerland receive the program. And the multimedia trading fi rm will continue to develop its presence in all electronic media fi elds: analogue and digital, in the Internet and interactive television. In 2004, approximately 1.4 million customers in Germany, Austria and Switzerland generated a net turnover of 275 million Euros.

“By reduction of preview time of approximately 20 seconds per product, we could realize an increase of on-air sales, which makes an enormous increase in profit possible. At the same time, we save studio space including camera equipment.”

In 2005 on the back of it‘s recent success HSE24 decided to optimize their internal workflow and make it even more flexible, to increase productivity. They needed an efficient, database-supported production system to replace their legacy video servers. Furthermore, they needed to deploy a solution with no closing times, a system that would be on air 24 hours a day, 16 hours live, 365 days a year.

“We wanted a turnkey product from one manufacturer, without the usual compatibility problems of several individual systems,” elaborates Jens Frederic Kliewer, head of sales at HSE24.

“The stability of our production environment should be completely restored. The additional expandability and the use of non-proprietary components have to be ensured at any time. For the expected 10,000 packshots recordings, the storage system must be open and economically expandable. At the same time the highest redundancy possible should ensure data security”, states Dieter Baron, summing up the substantial requirements.

HSE delivers two independent TV channels, HSE24 and HSE24 extra, and uses two Cinegy systems, which are connected via the Cinegy multi-database option. File servers and database are installed as a failover-cluster with a heart-beat connection. If one of the machines fails, the other takes over all tasks automatically.

HSE24 use Cinegy Archive for archiving all product-clips (packshots), which are ingested directly from their studio cameras. Prior to the start of each related TV program, the clips are preselected in a bin and then used as source material for the corresponding live shows. These clips are routed from the videoboards to an on air broadcast switcher managed by Cinegy Air.

The flexible Cinegy Archive database was adapted to meet HSE24’s requirements. Each product is marked with a unique SAP system code and is easily retrievable via the search function of the database. With this browsing system, all packshots can be played immediately and concurrently on each Cinegy Desktop client workstation in the facility. For the Cinegy database driven production system, an autonomous IT network was installed inside the facility, which links all individual workstations. 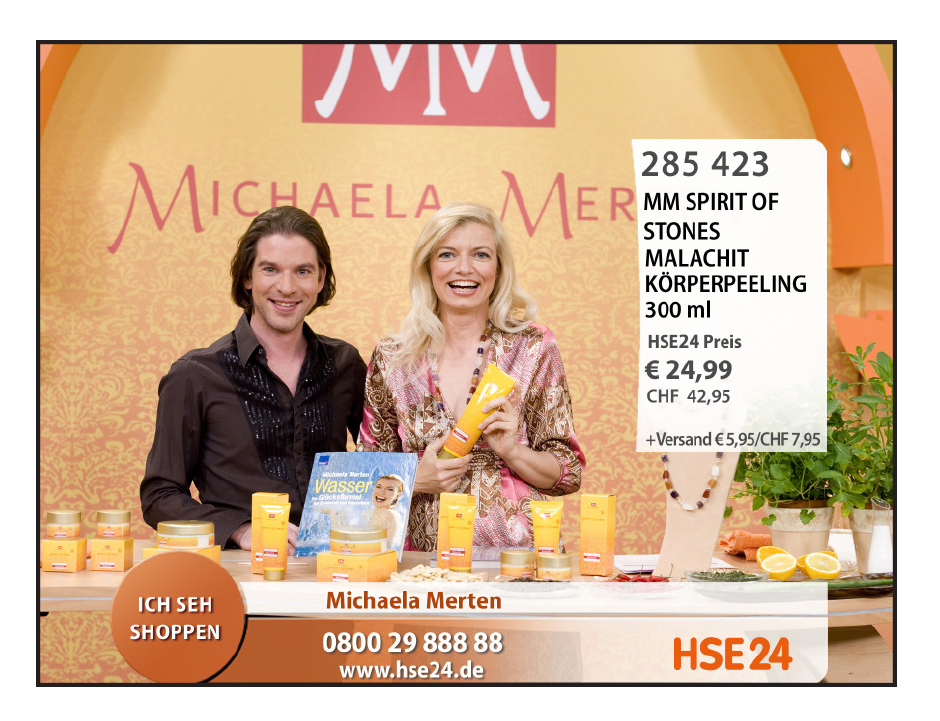 Nearly five years on and HSE24 is still enjoying the benefits of Cinegy Workflow. Thanks to the user friendly interface and the intuitive handling, the staff were able to switch to the new working environment in a very short time. Within a short transition period, the production could be switched over from the legacy video server to the Cinegy system. Because of the optimized workflow, staff could be relieved of some workload and take on more responsibility at the same time.

“The impact of the improved production workflow can be measured independently from other departments. The optimized procedures have direct influence on turnover and profitability. From our present estimate the new workflow will gain a turnover plus of several million Euros. The decision maker’s workgroup looked closely into several systems of other manufacturers. None of the systems considered by us could fulfill all requirements whilst at the same time not being expensive. Cinegy held its promise,” summarises Dieter Baron.