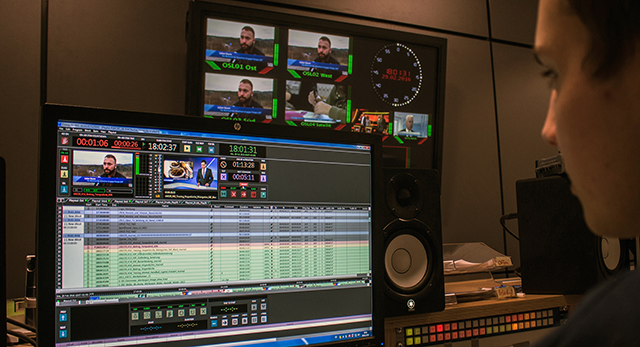 Schwäbisch Media is one of the leading media companies in the state of Baden-Württemberg, Germany, offering a full range of media and media related services to its customers including one of Germany’s largest regional private broadcasters, Regio TV.

Regio TV’s goals fit perfectly with the technical capabilities of Cinegy’s broadcast solutions, which is comprised of a software suite that operates on standard, non-proprietary hardware and IT infrastructure and is cost-effective, reliable, flexible, and easy to operate.

Schwäbisch Media started using Cinegy products in 2006 and consistently expanded its system by adding new locations and new functionality. Today, the entire Cinegy workflow – from ingest to archive and playout on-air – is implemented at three Regio TV broadcast locations, Stuttgart, Ulm, and Ravensburg. Smaller Cinegy systems deployed in Aalen, Biberach, Tuttlingen, and Wangen are capable of archiving and quick editing. All seven Regio TV locations are interconnected with MPLS network and use a standard IP environment for preparing and broadcasting local news. 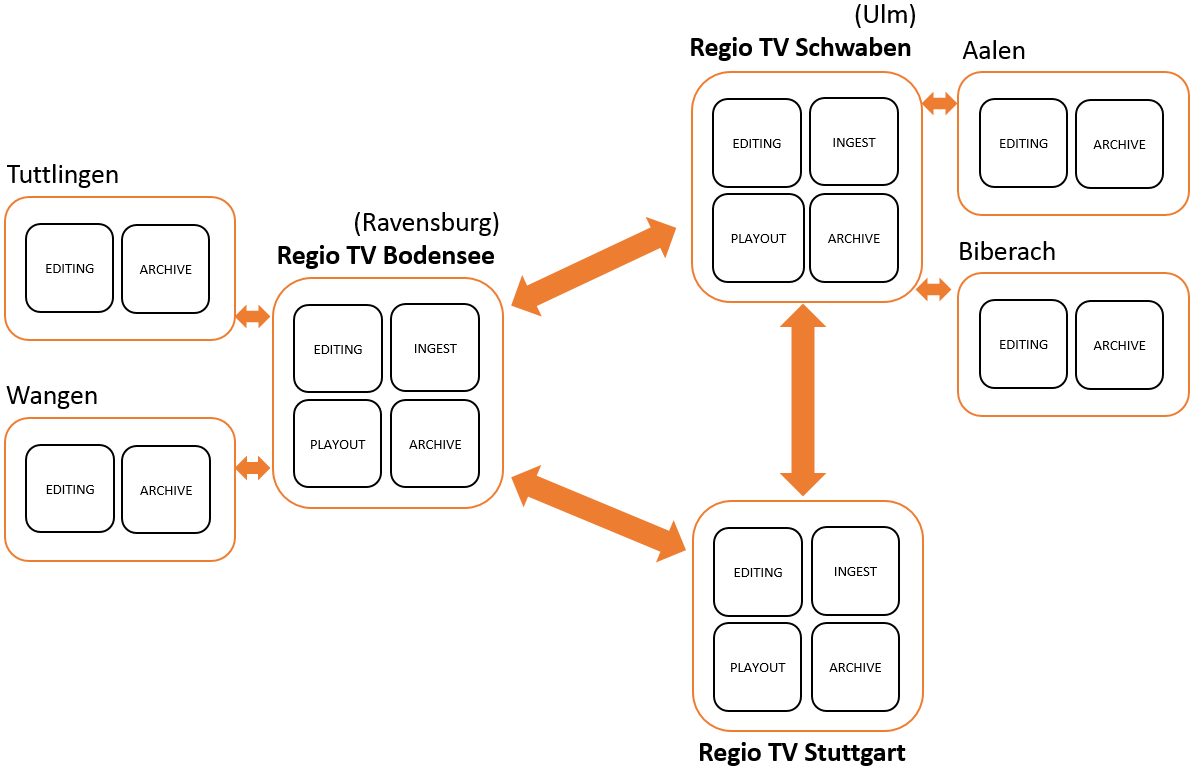 1. ARCHIVE – Each of the seven locations has its own storage (60 Terabytes in total) based on Cinegy Archive software. Cinegy Archive enables local and remote real-time collaboration that enables editors and journalists to work on video material in real-time, even while it is still being ingested. With advanced logging and metadata accumulation over the entire lifecycle of the media, assets become easily searchable and reusable, saving time and money. There are plans to implement centralized archiving for Regio TV network so there will be no long-term local storage of media assets.

2. DESKTOP CLIENT – Cinegy Desktop is currently installed on more than 20 desktop systems at seven locations. The desktop client is used by journalists and editors in preparing local news and programmes. All stories are made solely in Cinegy. The system interface is intuitive and includes robust editing tools that enable journalists to do much of the work of preparing stories for broadcast at their own desks. After only one week of training, new Regio TV staff are ready to work with Cinegy Desktop software.

3. INGEST – Each Regio TV location has two Cinegy Ingest channels to capture data from different media delivered to the TV station by journalists, or from third parties. All locations generate about 10 hours of ingest material per day. The ingest machines concurrently generate video in multiple formats to satisfy delivery requirements.

4. PLAYOUT – Cinegy Air is used to control multiple channels playing to air (cable network and satellites simultaneously) and to plan schedules, programming, and commercial blocks offline. It is fully integrated with Cinegy Archive using media, metadata, placeholders, and graphics elements in the playout schedule. Each of the main locations (Ulm, Ravensburg and Stuttgart) has three to four automated playout channels for 24/7 broadcasting. In case of system failure in one location the particular signal will be replaced by the satellite signal coming from Ravensburg via Astra Digital. All Regio TV branches actively use Cinegy Type real-time CG and branding software that allows the addition of multiple layers of automation controlled, template based titles, logos, animated graphics, and more.

Schwäbisch Media has already seen many advantages with their Cinegy system and is exploring even greater possibilities. With its simple to use interface and ease of distributed data management, Cinegy has provided Schwäbisch Media with a highly efficient, highly functional solution that requires very limited operational training.

The design, installation, integration and training were provided by Cinegy’s channel partner Videocation.

Schwäbisch Media, based in Ravensburg, southern Germany, is one of the leading regional media companies in Baden-Württemberg and employs around 900 permanent staff, 3,000 people as freelance collaborators and 5,000 people in delivery service. The company portfolio includes the full range of media and media-related services and generates regional and local information for its readers, viewers, listeners, Internet users, and advertising partners. The core product is Schwäbische Zeitung, which with around 169,000 copies is the largest regional newspaper in Baden-Württemberg. Schwäbisch Media’s mix also includes the daily newspaper portal Schwäbische.de including mobile applications; Germany’s largest regional private broadcasters group Regio TV; numerous special-interest magazines; a subsidiary for postal delivery; and investments in radio stations.